Two continuations today 1) another careful handling and critique of the now notorious Newsweek article “The Bible So Misunderstood It’s a Sin” by Kurt Eichenwald and 2) the New Zealand connection continued from yesterday.

The resource I am pointing to today was posted at The Gospel Coalition which I highly recommend and written as a guest post by Dr. Darrell L. Bock, a serious New Testament scholar whom I had the priviledge of hearing for 3 hours and chatting with in New Zealand at the Matamata Bible Church in 2012. 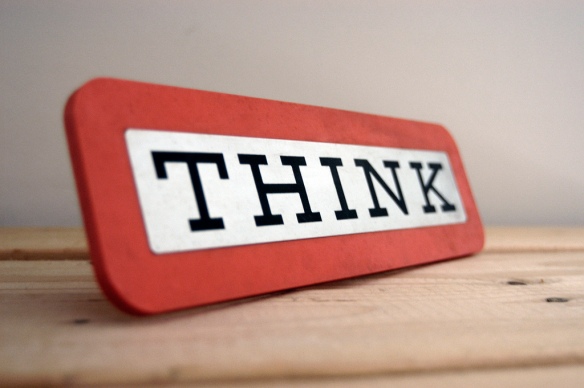 Here’s an excerpt from the post at The Gospel Coalition – specifically Justin Taylor’s blog – click at the end of this excerpt to get to the whole post and do consider its reasonableness, it’s content and it’s implications.

So let’s go through this piece one issue at a time. Let’s start with what is said about the actual text we have. For this I could just cite the response of my colleague, Dan Wallace, who has spent his life investigating and photographing the very manuscript evidence this article raises as so untrustworthy. Dan correctly opens up saying the issue is not the fact that Eichenwald asks hard questions. The Bible makes such important claims, so such questions should be asked. It is the way he answers them that is the problem. Dan also shows how the nature of the issues Eichenwald makes about our manuscripts does not lead to Eichenwald’s conclusions. I leave the Textual Criticism side of the argument to Dan’s piece.

Eichenwald’s way in is to cite Bart Ehrman, whom he calls a ground-breaking New Testament scholar. Now Bart himself has said that what he writes is a reflection of current discussion that has been around a long time. He and I have debated over the radiom where he made this statement to me as something I was well aware of, something I also affirmed at the time. The views presented (including the appeal to the telephone game as Erhman’s illustration for how poorly copies were passed on) are but one take on these issues that are argued pro and con in the public scholarly square. This hardly makes him a ground-breaking source. Ehrman is a spokesperson, a very competent one, for one take on all of this. But the article even uses his material extremely selectively. Here is another quotation Ehrman makes on this topic: “Essential Christian beliefs are not affected by textual variants in the manuscript tradition of the New Testament.” What this means is that people on all sides recognize that what we have in the Bible, in terms of the core things it teaches, is a reflection of what made up these books originally. The caricature by Eichenwald that what we have in our hands has no resemblance to what was originally produced is misleading in the extreme, even considering the source the journalist uses to make his point.

Re-blogging Dr. Michael J. Kruger’s second half of his rebuttal and exploration of the Eichenwald Newsweek article on the Bible.

The comments thread over there is extensive with Dr. Eichenwald contributing frequently, which is good to see. I recommend the comments section with a number of the links to other works and counter-arguments, for example Steve Hays.

On Christmas Eve, I wrote part one of my review of Kurt Eichenwald’s piece (see here), and highlighted not only the substantive and inexcusable litany of historical mistakes, but also the overly pejorative and one-sided portrait of Bible-believing Christians. The review was shared by a number of other evangelical sites and thinkers—including the Gospel Coalition, Tim Challies, Denny Burk, Michael Brown, and others—and ever since I have been digging out from under the pile of comments. I appreciate that even Kurt Eichenwald joined the discussion in the comments section.

But the problems in the original Newsweek article were so extensive that I could not cover them in a single post. So, now I offer a second (and hopefully final) installment.

In an effort to portray early Christianity as divided and chaotic (not to mention morally corrupt), Eichenwald repeatedly claims that Christians went around murdering each other in droves. He states:

Those who believed in the Trinity butchered Christians who didn’t. Groups who believed Jesus was two entities—God and man—killed those who thought Jesus was merely flesh and blood…Indeed, for hundreds of years after the death of Jesus, groups adopted radically conflicting writings about the details of his life and the meaning of his ministry, and murdered those who disagreed. For many centuries, Christianity was first a battle of books and then a battle of blood.

Notice that Eichenwald offers no historical evidence about the mass killing of Christians by Christians within the first few centuries (we are talking about the pre-Constantine time period). And there is a reason he doesn’t offer any. There is none.

Sure, one can point to instances in the medieval period, such as the Inquisition, where Christians killed other Christians.  But, Eichenwald claims that Christianity began this way: “for hundreds of years after the death of Jesus.” This is another serious historical mistake that needs correcting.

Click here to get to the full article at Canon Fodder

Over the next number of Tuesdays I am going to reblog a number of posts that respond to the pre-Christmas Newsweek slammathon on the Bible and Christianity. Although it was the pre-Christmas edition, it’s theme of ‘Christians and their everyday reading of the Bible stink, like really badly’, is not just for Christmas. It seems that it is for life.

The extensive Newsweek piece (8500 words – 14 pages), labelled by many as Newsweak because it was so badly researched, biased, unbalanced and unrepresentative of widely available credible scholarship is actaully a wonderful encapsulation of what a lot of people believe already. Typically this is because they’ve heard someone say the same sort of things many, many times before or read them somewhere like Newsweek – typically in the pre-Christmas or easter edition. Ever noticed that coincidence of the publishing industry.

So looking at thoughtful, thorough responses can be a useful exercise for the open-minded and edifying for the Christian believer.

Before I link to a response to the piece, here is the link to the article which is available online by clicking here.

Go there, let it confirm some of your own thoughts, biases or whatever but then give New Testament scholar Michael Kruger a hearing by clicking his name. It’s part one of two responses by him. He is thoughtful, generous and corrective where he needs to be. Enjoy.