This peculiar Irish blasphemy is a wonder to behold. But never in a good way. A sure sign of a religion and a people floating adrift from their moorings. Uncontrolled, uncontested and unwanted. 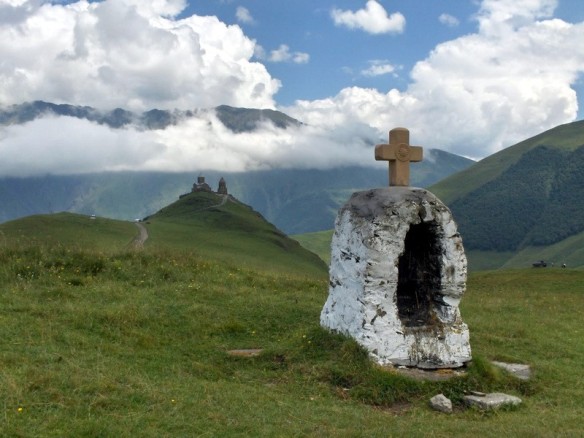 In the scripture, it says it is the name above every name, technically meaning the title Lord Jesus.

9 Therefore God exalted him to the highest place
and gave him the name that is above every name,
10 that at the name of Jesus every knee should bow,
in heaven and on earth and under the earth,
11 and every tongue acknowledge that Jesus Christ is Lord,
to the glory of God the Father.

In Ireland outside of religious ceremony and devotional acts, the Holy name of Jesus ranks down there with every expletive known to man, rank, and filed alongside them; lyrically flowing from the melifluous tongue of the Irish man and woman. Class, employment, upbringing is no barrier to such streams of ironic injury to the divine honour. The name Jesus, Jesus Christ, is used every minute of every day across Ireland and the diaspora throughout the world. Its used instead of Wow! What? Agghh! and Noooo! The great and the good, the young and the old, the religious and the non-religious all misuse it. By misuse I mean they treat it like they don’t realise what they are doing who he is, how we should honour and relate and love him. Therefore it becomes this device of exclamation – almost like a four letter word functions for many also instead of  Wow! What? Agghh! and Noooo! Protestantism in Ireland perhaps is  the thin dam holding out against this gaelic pastime. This verbal blasphemy may not be entirely sanctioned, or even desired but it is rarely spoken against, cautioned about or educated on. And the uneducated adherent goes after every opportunity to blaspheme – like a ‘divil’.

Why? one wonders. I can’t say I really know except that in a land of apparent religious history, there is but the superstitious form of adherence to the Christian religion with precious little life flowing from its fountainhead. God. Imagine a great family, where the head of the family both deserves and demands deference. And yet no one values the name and by implication the nature of the name bearer. Such is the tattered relationship the Irish now have with their supposed family head. It is in many ways unbelievable. The supposed stewards of the name in Ireland – the roman catholic clergy – are sleeping their way through a fuzzy ritualistic co-dependency. They dare not challenge too hard or even at all – lest The Faith lose another ‘practitioner’.

The day of challenging or instructing is long gone. Regarding the name and the climate that prevented or challenged its misuse, that day left town on a limping mule at least 30 years ago. Instruction happens only for the young. The concrete is certainly set by late adolescence if not before. After that, next to nothing. External compliance and use of the Faith for milestones is all that is required and again the weight and gravitas of the stones are lessening.

I still haven’t answered why the Irish engage so blindly in this dark art because I don’t have an answer. The great theologian of Ireland, Terry Wogan, long departed from the lush green sod, once spoke about the appearance of trash talking the holy name. He proposed that this apparent blasphemy of the name of Jesus was widely misunderstood by outsiders, when in fact no such disrespect or devaluation was at work. I cannot remember his treatise entirely but I remember not thinking it much for carrying water then, and I suspect I wouldn’t change my mind if I heard it repeated.

Back then, I was an insider and practitioner of the sacrilegious art of trash-talking the name of Jesus and now I am an outsider by conversion, immersion and expulsion. The name and its namesake has taken its place, higher than any; wife, beloved, or friend in my life. I would not recklessly demean their titles and names and it is no different in regard to the Divine Word made flesh – Jesus. My wife is esteemed to me above all persons and her name above all human names. How much more is the name of and being of the Son of God.

However, the misuse, the casual exclamative as expletive use of the name of Jesus is a rite of passage for the Irish generally. It’s part of being a grown up. Like learning to swear and bit by bit introaducing strong/bad language into your public repertoire. Jesus – as a curse word. The one who flung stars into space, and whose hands were pierced for others – all of them sinners, many of them Irish, is disproportionately disrespected daily by my beloved countrymen. A beautiful people, everyone a poet of some sort, a jester, a Samaritan of the good kind, are beset with the compulsive reflex of spitting on the name of their only hope – the True Saviour, the True King, the One who bears the name above every name – The Lord Jesus Christ.
The Irish are a lovely people. May the tender Lord come and speak life to them and may they look upon his face and weep with joy for his kindness, his beauty, his patience and his love and may they repent and believe. Amen.